“PACALIEN” has received the Spotlight Award at the 19th edition of Short Shorts Film Festival & Asia (SSFF & ASIA), an Academy Awards® accredited festival and one of the largest international short film festivals in Asia. Held from June 1st to 25th this year, the festival has given this award to individuals or works that have made a special contribution to the media and film industries.

This stop motion puppet animation film was showcased in the cinema TEC! program at SSFF & ASIA 2017. It was directed by young and talented animator Toshiko Hata, and voiced by Japanese actor Takumi Saitoh.

SSFF & ASIA has also announced the Audience Awards and Best Actor & Actress Awards selected from each official competition, Best Music Short, Best Music Video and Fashion Short of the Year.
About 250 among over 9000 shorts from more than 140 countries and regions were screened this year, and many films depicted issues of modern society as refugees and sexual minorities.
The Audience and Spotlight Award winners will be screened at Brillia Short Shorts Theater in Yokohama from Sun, July 16th . 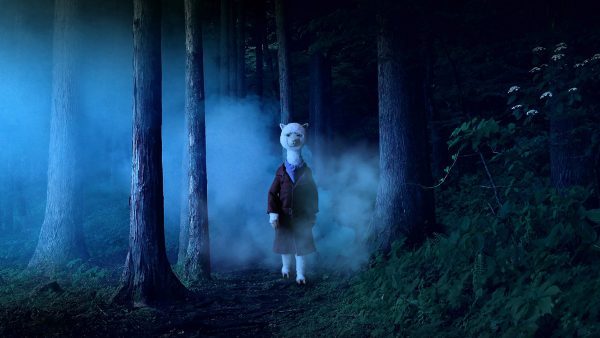 Romeros is an alien investigor who looks like an alpaca.
When he lands on Earth, he finds his spaceship damaged and becomes disconnected with his planet.
He arrives on a mountain where people wearing weird masks are waiting for him.
Actor Takumi Saitoh voiced the main character in this puppet animation,
which premiered at Yubari International Fantastic Film Festival 2017.
Director Hata’s previous work “Samayou Shinzou” was screened at SSFF & ASIA 2012.

【Reason for Selection】
This film is voiced by Takumi Saitoh who has participated at SSFF & ASIA as an actor and director for several years. He believed in the ability and talent of the director Toshiko Hata, and decided to lend a hand in the production. In recognition of this generous support for young filmmakers, which is also one of the basic goals of SSFF & ASIA, we are honored to give the Spotlight Award to PACALIEN.​

【Message from Actor Takumi Saitoh】
Director Hata’s sensuous view points, great efforts and endless love for creating things led to this result. Congratulations! Thank you so much for this wonderful award. I’m impressed by the attitude of
SSFF & ASIA, which focuses on challenging creators.

【Message from Director Toshiko Hata】
It is an honor to receive the Spotlight Award. I would like to thank to Mr. Tetsuya Bessho and the Committee for Short Shorts who provided the opportunity for us to share this film with a large audience. Receiving this award means a lot. Thanks to my wonderful crew and especially to Takumi Saitoh, who generously lent his talent to our little independent film. They made it possible for the film to reach this unexpectedly high level. We had originally planned “PACALIEN” to be a multi-episode series, and winning this award brings us one step closer to realizing this dream. From the bottom of my heart, thank you!

・・・Selected by audiences of each official competition

Get Up Kinshasa!
Sébastien Maitre
21:00 / France, DR Congo / Drama / 2016
No polished shoes, no school! Samuel, 10 years old, is about to discover Kin the Beautiful’s way of muddling up and muddling through… 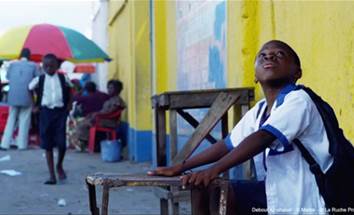 The Great Legacy
Keun-suk Jang / 9:29 / South Korea / Drama / 2016
Jun-Suk is drowning in debt. Jun-Suk’s father (Young-Pal) left him a bank account but he went into a coma before telling him it’s PIN. Jun-Suk keeps on talking to his father who’s in a coma.One day Young-Pal’s electro-cardiogram reacts to Jun-Suk’s voice. The numbers on the electro-cardiogram seem like a PIN… 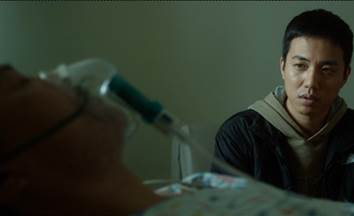 SIREN
Nobuyuki Miyake / 16:36 / Japan / Drama / 2017
With sirens blaring outside, Abbas breaks into the room of an old Japanese man named Toyoshige. He lifts Toyoshige onto his back and carries him out the door. As they descend the stairs, the last few days of bias and misjudgment become clear. 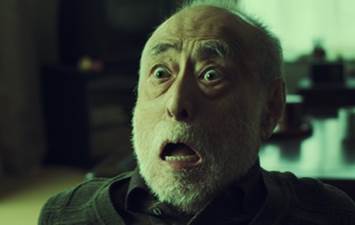 ・・・Awards for best actors and actresses in each official competition 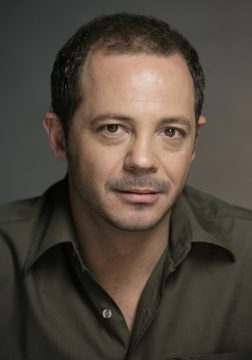 【Reason for Selection】
International Competition: Best Actor- Chris Fortuna in “Big City”Chris plays a taxi passenger, who in the end, runs away without paying the expensive fare. Generally, we as an audience, felt appreciation for his character, especially when he shows justice to xenophobic groups to defend his taxi driver who is Indian. The character also pulls out some childish pranks, and his performance confuses the audience as to see if he is really a nice guy or a jerk throughout the film.

【Profile】
Chris is an Australian stand-up comedian and actor. He has appeared on various comedy programs including Logie Award-winning television comedy series ‘Utopia’, ’Hamish and Andy’, Comedy Channel’s ‘You’re You’re Skitting Me’ and sketch comedy show ‘Kinne’. Chris has also acted in a variety of films and television shows including House Husbands, Any Questions for Ben, The Heckler and Spin Out. Most recently he has performed in the Melbourne Theatre Company’s production of Born Yesterday. 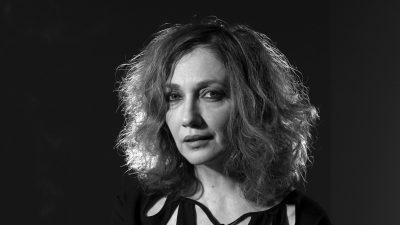 【Reason for Selection】
She plays a middle-aged single mother who, besides work, doesn’t seem to have a hobby. To satisfy her sexual desire, or the simple urge to just touch someone, she loiters around her neighborhood to find a potential man. She gives this subtle, disillusioned and disgusted look to a man (a friend, apparently), who doesn’t realize her seductive ways, along with a faint smile. At this moment, we know she steals the audience’s hearts until the very end.

【Profile】
Evgenia played in leading roles at the “MAIAKOVSKI” theatre in Moscow. It was the encounter between Evgenia Dodina and Yevgeni Arye, a teacher at the theater, that led to her decision to finally emigrate to Israel in 1990, where she started playing at “Gesher” Theatre in Tel Aviv. She joined the theater upon its establishment, has performed in lead roles in the majority of the theater’s productions and has garnered praise and enthusiastic reviews. Since 2007, Evgenia has been an actress at the National Theatre “Habima.” 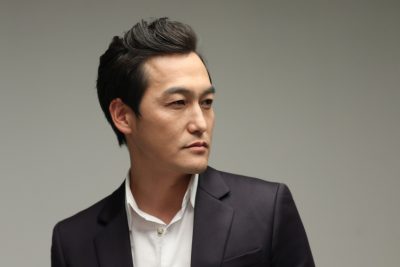 【Reason for Selection】
A North Korean defector gives an unusual request to a cop who is detaining him in a cell; “Wanna drink with me?”. So he does. He plays a gentle cop who seems to understand the pain of the defector. Through his acting, we felt the absurdity of being tossed by history, realizing that we are all human beings and we are all the same people, and we learn the importance of protecting the “dignity” of others. 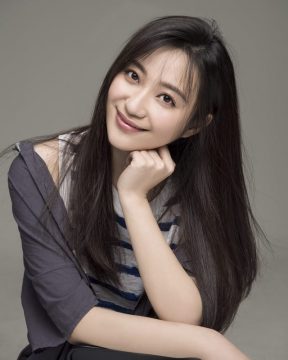 【Reason for Selection】
She plays a mother who donates the heart of her deceased child to another boy. Her character expresses grief and hope, especially in the scene when she listens to the boy’s heartbeat. She conveys both sorrow and the pleasure of “reuniting” with her deceased child, and we, as the audience, can feel healed with the boy’s kind gesture.

【Profile】
PAN RUO YAO is a Chinese actress based in Beijing, China. She graduated from the Beijing Film Academy Department of Acting with a Masters Degree in Film Acting. With her dedicated passion for acting, she even went to schools like Roma Film Academy, Gerasimov Institute of Cinematography and the Hong Kong Academy for Performing Arts to broaden her knowledge.
She was awarded the Best Actress Award in the 34th Vgik International Student Festival, Russia for her outstanding performance in the theatre play, “Waiting for Godot.” 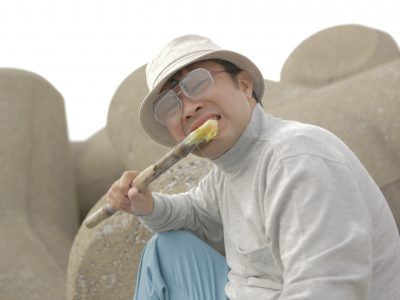 【Reason for Selection】
A hot-headed, bad mouthing guy who actually has a pure, gentle side is played by Tomoji dynamically and with finesse. Through his strong, fearless performance, he lends credence to the relatively unknown tradition of “bone washing,” and to the importance of respect towards ancestors in Japanese family life.
【Profile】
Tomoji Yamashiro was born in 1971. He is a comedian based in Okinawa and is also the President of his own talent agency “FEC Office.” He is a TV and radio personality in addition to being an actor, and has been in numerous productions & programs. 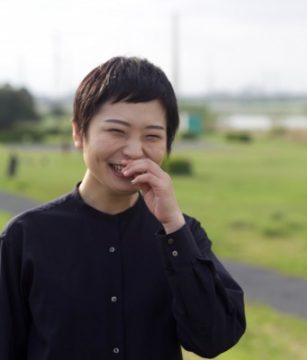 【Reason for Selection】
Mika plays a call girl who is asked to suddenly transform from “queen” call girl to the younger sister of her client in a “one act” story. She shows an astonishing versatility especially since this is her acting debut in cinema! She gives off a distinct aura, drawing in the audience to her world, and makes us look forward to her next acting role.

【Profile】
Mika was born in Tokyo and decided to be an actress in 2015 while working as an office lady. “April Fish” is her first film starring as an actress.

An award for the most cinematic and innovative official music videos created for artists from Japan and around the world. 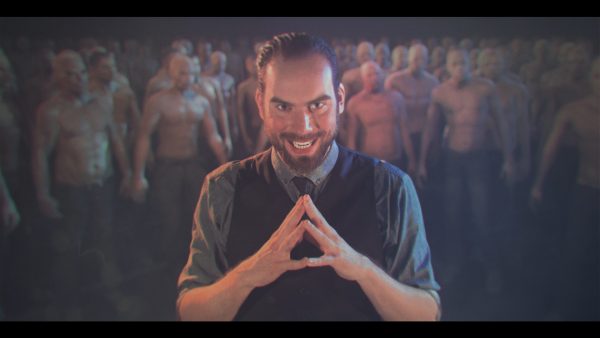 【Reason for Selection】
The video has a strong and addictive quality. With a powerful style, it illustrates that visual storytelling has just as much impact as a traditional narrative-driven video when depicting lyrics.

An award for the most creative film submitted by filmmakers inspired by artists’ music. 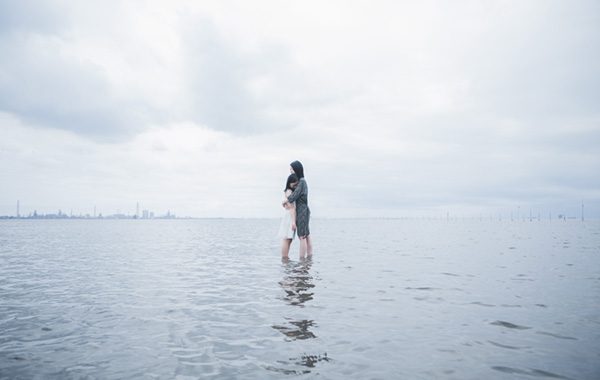 A couple on a holiday reveal their true inner feelings through casual conversation with the beautiful seaside as a backdrop.

【Reason for Selection】
With a distinct visual style and very little dialogue, the film shows the conflicting emotions and the truth lying behind the heart of the main character in a very stylish way. This short brilliantly picks up on the emotions of the original song while falling just short of award-winning levels.

Based on discussion, the festival committee decided that no submissions were suitable for Best Short Award in the Music Shorts Competition this year. However, “far away” depicted sensitive feelings between a man and woman with music in a very beautiful way, and thus, the committee has given the Encouragement Award for this work.