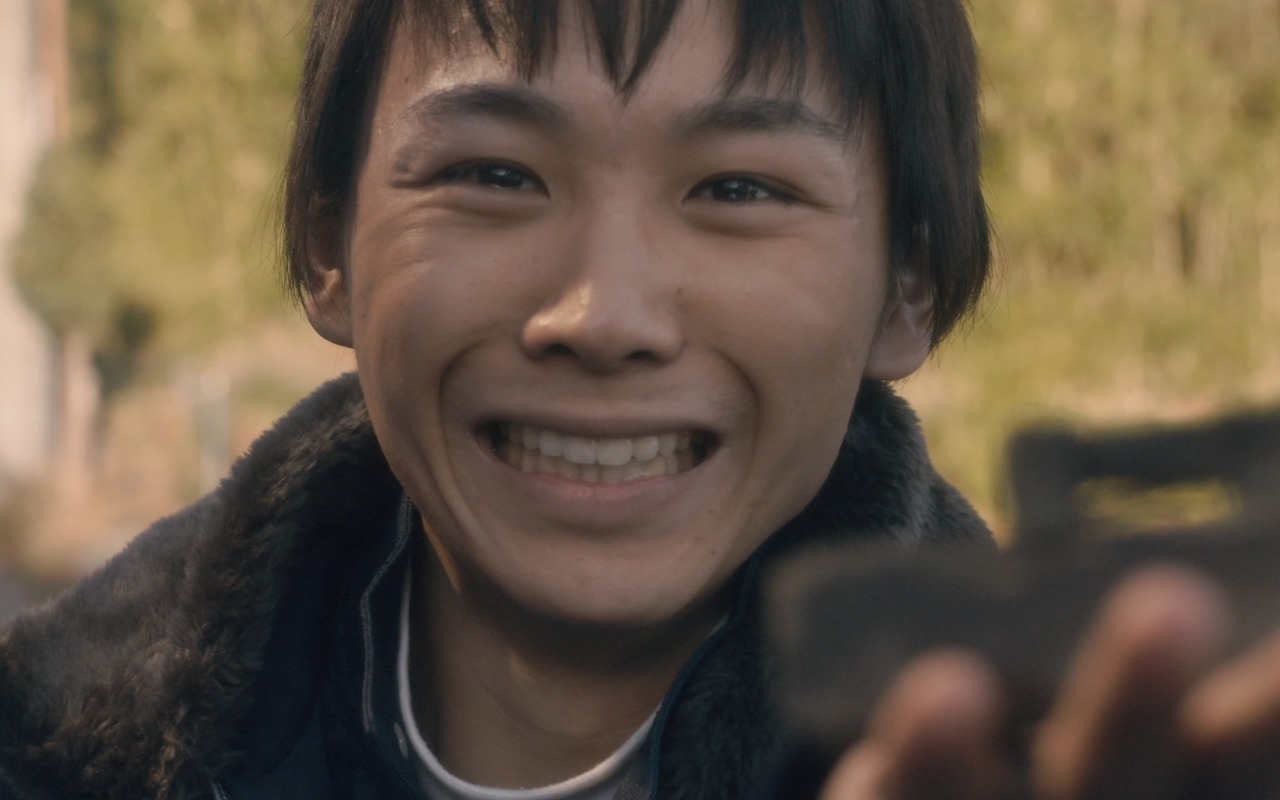 This March 11th marks ten years since the Great East Japan Earthquake. The quake stole irreplaceable possessions and lives of loved ones, emphasizing life’s vulnerability and its true values.

Short Shorts Film Festival & Asia (SSFF & ASIA) will be reminding ourselves of this day, providing time and space for all to reassess what it is that we must value and treasure in life.

“Pieces of the Future” is a short film produced by SSFF & ASIA five years after the earthquake.

To participate in the disaster relief campaign organized by the Japanese Government, we had launched a project to produce a short film dedicated to the Eastern region of Japan, based on a short story by a selected applicant. The prize was awarded to Souta Iwama, a then-fifth grader from Iwate Prefecture, for his short story “Four years and a half since the earthquake (Remembering Gratitude)”. This short story was successfully adapted into a short film by SSFF & ASIA.

The production took place in December 2015, at reconstruction sites and temporary shelters in Souta’s hometown of Otsuchi, Iwate. The film could not have been possible without the support and cooperation from the residents and reconstruction workers of Otsuchi.

This year, we interviewed Souta who is now in the eleventh grade.

What kind of growth did we witness over the past decade?

What must we leave behind for the future generation?

SSFF & ASIA would like to share this short film and interview and make the day 3.11 for thinking together .

Working on the building site of a new house, apprentice carpenter Souta is asked by his boss, Oikawa, to build a shed by himself. Souta approaches this first real job, which will test his skills as a fully-fledged carpenter, in high spirits. However, whilst making progress on the shed, Souta begins to wonder about the future owner, who he’s never met… The reason that Souta became an apprentice carpenter starts to become clear. It is linked to his overwhelming feelings towards people who have shared the same pain as him.

The fifth-grade Souta – where is he now? Interview with Souta Iwama

Currently a member of his high school’s track and field team, Souta aims to enter university to study engineering in hopes of becoming an architect in the future.

Q What are your thoughts on this short film, watching it five years after its release?

A I felt the power in abstraction – abstraction remains, even after things disintegrate. But memory will fade as time goes on, and the film captures how not abstraction, but things are able to stop time and remind ourselves of the past. This is why I believe in the importance of long-lasting architecture.

Q  When you compare the present to five to ten years ago, what is the biggest change you see in the disaster area or in your surroundings?

A I think the community is much livelier than before. There is still plenty of vacant land, which, when seeing it on a daily basis, it’s easy to overlook the accomplishments, but when compared to ten years ago, or even just a few years ago, there have been significant improvements.

Q Tell us about your goals and aspirations.

A I have always wanted to be an architect and I still do. I think architectonics can be directly connected to saving lives and securing safety in dangerous circumstances. Even after the 3/11 Earthquake, I would hear on the news about quakes hitting other parts of Japan, and I became aware of the important role architecture plays in preparing for these natural disasters.

Q What would you like to tell the audiences of ‘Pieces of the Future’?

A  Through this film, I wish for the audiences to realize the importance in disaster preparedness, no matter if they have or have not experienced natural disasters. This narrative must continue to be told to younger generations.

Q  What would you like to see change in Japan and the rest of the world, over the next decade?

A  I felt genuine warmth in people who lent us a hand and supported us throughout the years following the 3/11 Earthquake. In the near future, I hope that people break cultural and linguistic barriers to help one another during unsettling times.

« ６ short films are short-listed for the 93RD OSCARS®
3 short films have been nominated for an Oscar 2021! »