A new short film based on the best pitch expressing

the coexistence of innovation and ideal lifestyle will be produced

Short Shorts Film Festival & ASIA 2022, accredited by the Academy Awards, collaborated with Nippon Telegraph and Telephone Corporation (NTT) for a new project, a short film that will express the ideal life with cutting edge technology.

We started streaming the first part of the project, the International Conference, today.

In this conference we discussed the visualization of our brighter future: how to embody the coexistence of development of science & technology and vibrancy as human as a short film. Not only NTT but many major companies are expecting new opportunities with IOWN* technology. The NTT, with experts from Natural Society Lab which studies social and human life using the IOWN, film festival producer and filmmakers participated as speakers.

NTT and SSFF & ASIA will call for pitches expressing the coexistence of innovation and ideal lifestyles from filmmakers of all around the world and the best pitch will be produced as a short film.

★What is the IOWN Initiative?

The IOWN (Innovative Optical and Wireless Network) is an initiative for networks and information processing infrastructure including terminals that can provide high-speed, high-capacity communication utilizing innovative technology focused on optics, as well as tremendous computational resources. This is done in order to overcome the limitations of existing infrastructure with innovative technologies, optimize the individual with the whole based on all available information, and create a rich society that is tolerant of diversity. We have started R&D with the aim of finalizing specifications in 2024 and realizing the initiative in 2030. 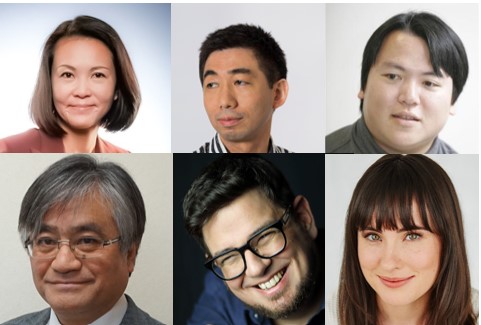 Prior to current work, was Head of Sales Department, following duties related to communication planning of ICT Solutions.

Since joining NTT, he has been involved with communication related research based on human information sciences. His research has primarily focused on sensory communication to promote empathy, trust, and social wellbeing. He assumed his current position in 2019. He is one of Natural Society Lab scientist.

He is a Pediatrician, and an Associate Professor of Tokyo University’s Research Center for Advanced Science and Technology. He suffered Neonatal Asphyxia at birth, resulting in Cerebral Palsy and has since been using the wheelchair for mobility. Since graduating from the University of Tokyo’s School of Medicine, he has worked in the Pediatrics Department at Chiba Nishi Hospital, and at the Pediatric Cardiology Department of Saitama Medical University. He has assumed these position having pursued medical research while working on his doctoral dissertation at the University of Tokyo’s Medical School.

He is active in synthesizing real and virtual content such as musical concerts and events. He was instrumental in the founding of the Yubari International Fantastic Film Festival, where he serves as its Executive Producer.

An award winning Hungarian film director, writer and producer, born in Budapest. Coming from a background of editing and music, he trained at SZFE (Hungarian Academy of Theatre, Film and TV) in Budapest and at Westminster Film School in London.His short film SING earned critical appraisal and recognition including SSFF & ASIA 2016 Grand Prix, Best Short Award and the Academy Award for Best Live Action Short Film at the 89th Academy Awards in 2017.His period television drama CAPTIVES (2019) won the Hungarian Film Award in 10 categories including Best Film and Best Directing.

THE GRANDSON (2022) is his first theatrical feature film.

An award-winning Australian director and writer who is known for making inclusive films that give voice to the experiences of underrepresented groups. Her work has been screened at the United Nations and won over sixty international awards including the 2021 Biogen Award and 2013 Audience Award at Short Shorts Film Festival and Asia. She first rose to attention in 2009 when she won Best Film at Tropfest, Australia’s largest short film festival with her critically acclaimed and inclusively made student film, Be My Brother. To date her work delicately explores themes to do with social prejudice, isolation, reconciliation, the family unit, disability, and the refugee experience. 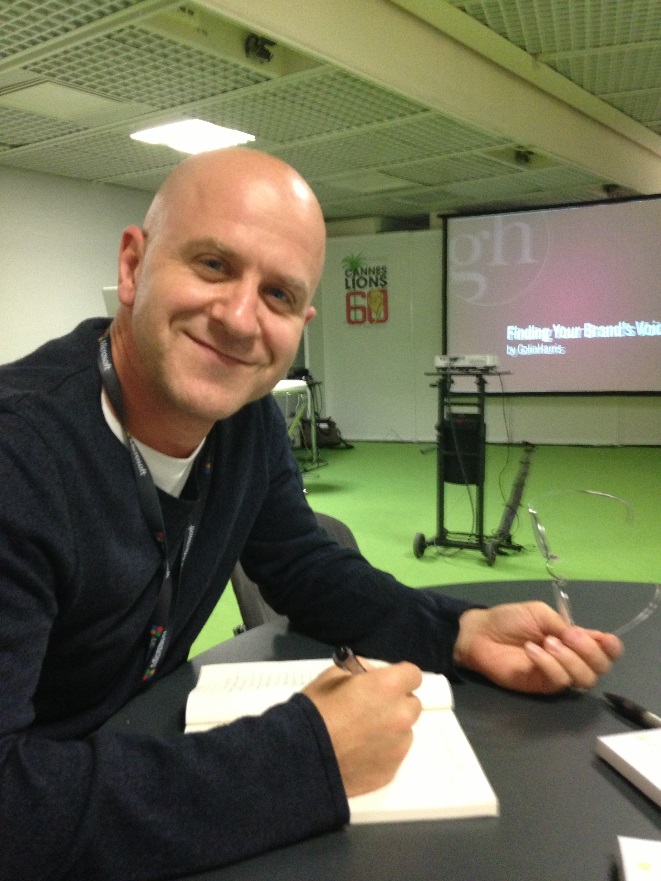 Mr. Besher is a veteran producer and planner of video contents, events and advertising.  Previously, he served as a research fellow at an LDP related think-tank, was a manager of strategic planning at Grey Daiko Advertising, and was a founding partner of an Out-of-Home Media company.  He also served as the Japanese language newscaster for CNN, and worked as an investment banker in Japanese M&A, and was Japan Director of The Asia Foundation.

Part 1: What is “Natural Society Lab”?

In the first part, we will explain the background and the foundation of this conference, the Natural Society Lab and the IOWN concept.

She explained that the “IOWN concept” had been launched to solve these problems by creating an innovative network through optical communication, the networks to our devices.

The use of high-speed light is predicted to reduce biographical consumption to 1/100 of the current level. The transmission capacity is 125 times more, the delay will be reduced, and in high-speed communication, self -driving cars avoiding collision with others without traffic signals, and a detailed 3D model of cells. enabling of cloning of organs to the cellular level.

On the other hand, she also explained the danger of cloned humans and the birth of eternal life by technological innovation, is it really a new ideal for human society?

“New technology requires a new philosophy. Natural Society Lab will  think about the future brought about by technological progress from various perspectives, hold discussions that will be prototyping for the future, and disseminate the content.”

“When we think about the future caused by technologies, such as IOWN, we may become subjective or biased. Therefore, I was very interested in what kind of perspective the creators of short films, who are looking at the world, see about technological progress and the future. I hope that the work will be a beginning for a bright future.” 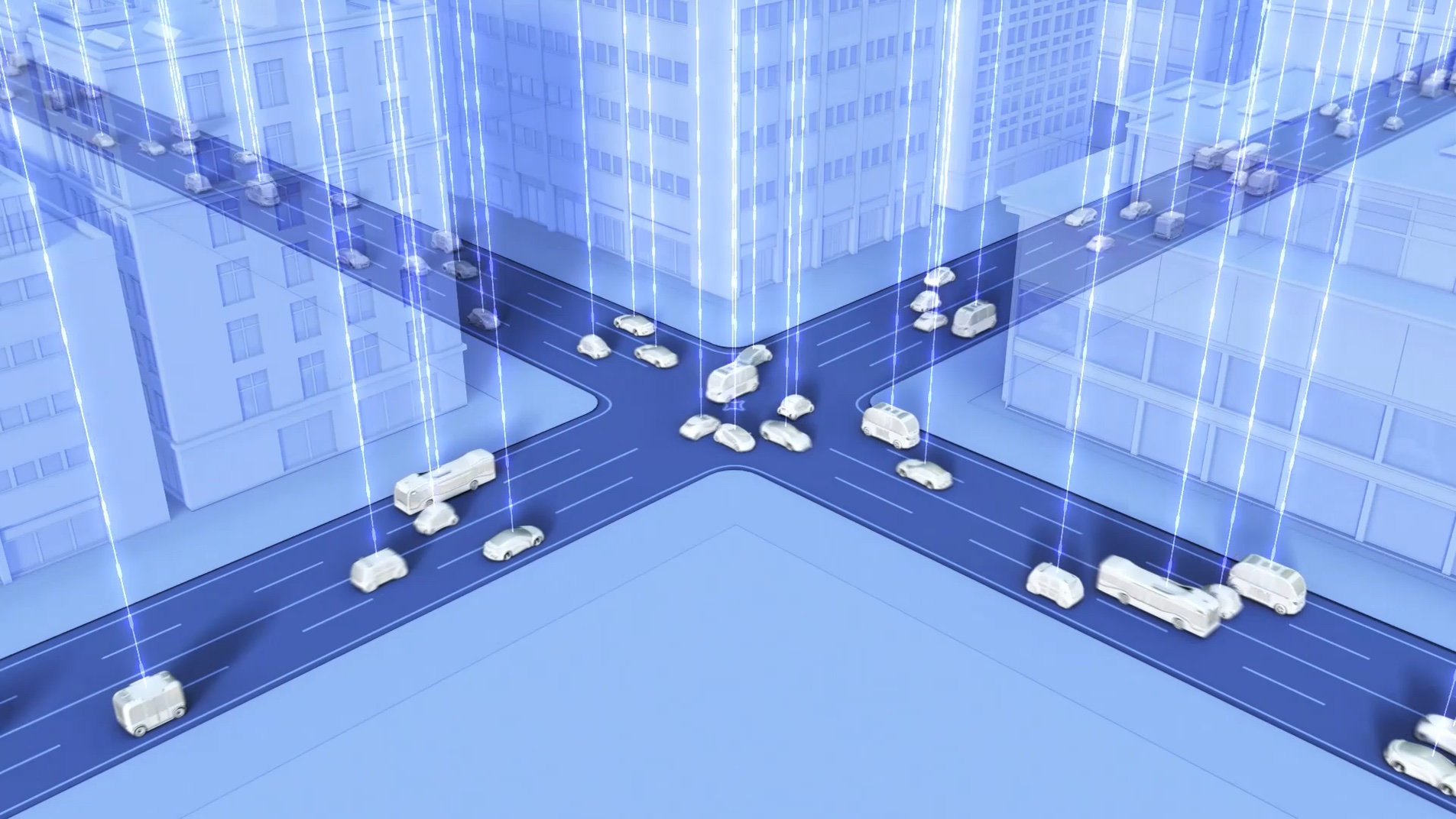 An image of Entire Optimal Control of Town Traffic with IOWN

It is an idea thinking of “I” as not only myself, but “I” as “we”. This expands the scope of its own affairs and leads to coexistence with AI and robots in the future. As an example embodies Self as We, a device that shows the conversation between oneself and the other party through a telephone was introduced. 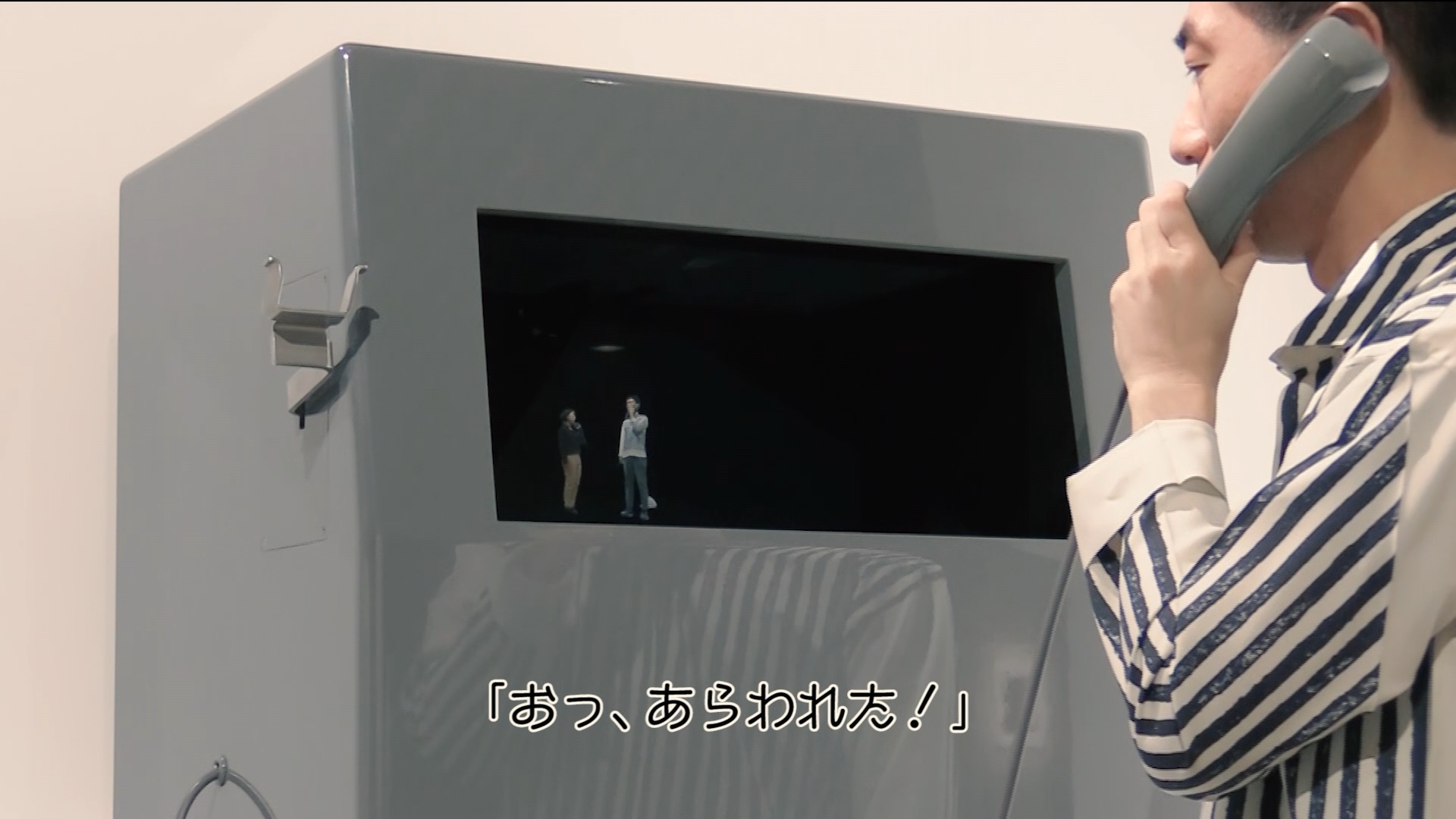 An image of Future with Self-as-We

Mr. Fukatsu, who said that his dream had expanded after hearing the first part, expressed his hope that IOWN’s technology would eliminate the disparity between cities.

He explained that although he is currently working on the survival of the festival by partnering with a distribution platforms online, distribution alone is a one-way street. He said that IOWN’s technology could create a two-way environment where you can feel as if  you are right there with clear images, real-time presence, and communication.

Also, he expected “the population of Yubari City, where my film festival is held, is decreasing at a rapid rate. Technology based on IOWN concept could make it possible for young people that appreciate the environment of Yubari, to consider living and working there.”

Mr. Kumagaya, who describes how inconvenient life would have been without technology, including the electric wheelchair he is using, depicts the correct human image of “Self-as-We” introduced in Part One.  “Independence” explains that there is no freedom in the state of being monopolized by someone or one thing. He commented that “Multidependence” could give us real freedom by relying on multiple people and things. Also, when asked about an impressive movie depicting science and technology, he introduced the title of the work, “Fixed-The Science Fiction of Human Enhancement.” He described as a work that predicts a world of meritocracy, a world where genetic superiority is emphasized, as human abilities increase with the evolution of technology. It expresses a strong stigma (social disadvantage due to physical and mental disabilities and poverty) and makes you contemplate about the disabled community as a whole. He said that the IOWN concept and Self-as We will be extremely effective not only in correcting material disparities, but also in correcting each connection with people and each expression.

In the third part, director Kristof Deak, who won the SSFF & ASIA 2016 Grand Prix and won the Academy Award the following year, and the director of the works produced by Tokyo Metropolitan Government, won the audience award multiple times for SSFF & ASIA, Director Genevieve Clay-Smith, has appeared. After talking about why he chose “movie” from among the many forms of expression, he explained the process of embodying ideas with past examples.

Director Deak said that the Self-as-We concept is a value that is unique to Japan and Asia, and that it is a wonderful way of thinking. The power of cinema directly appeals to people’s emotions and creates intellectual ideas. He explained that the idea he came up with when making a movie was always based on what he heard and saw. He said he has filmed problems that he feels unfair, difficult to solve, and problems for which no immediate answer can be found.

Director Genevieve also said that the IOWN concept has endless possibilities, and that music, video, and art have evolved as tools of communication. The movie is a powerful medium that combines various elements. You can convey a message in various ways, from lines and facial expressions to clothes colors and landscapes. She also introduced that it is always a social issue that triggers the making of a movie as a creator. Introducing “Eternal Sunshine” as the most impressive sci-fi movie ever, but in that sense, science and technology may all be linked to humanity, and in that sense, this drama, which is a romantic sci-fi, is very. I commented that it was interesting.

Both directors said about this project, which is going to produce a short films, “I hope that works that I have never seen before will be submitted.” “I want them to be laughable and crying. Because they are playful. “Because is the most human thing.” “A lot of great sci-fi works portray humanity. With this wonderful creative opportunity, many creators work deeply to create unique and exciting futures. I want you to make it. ” 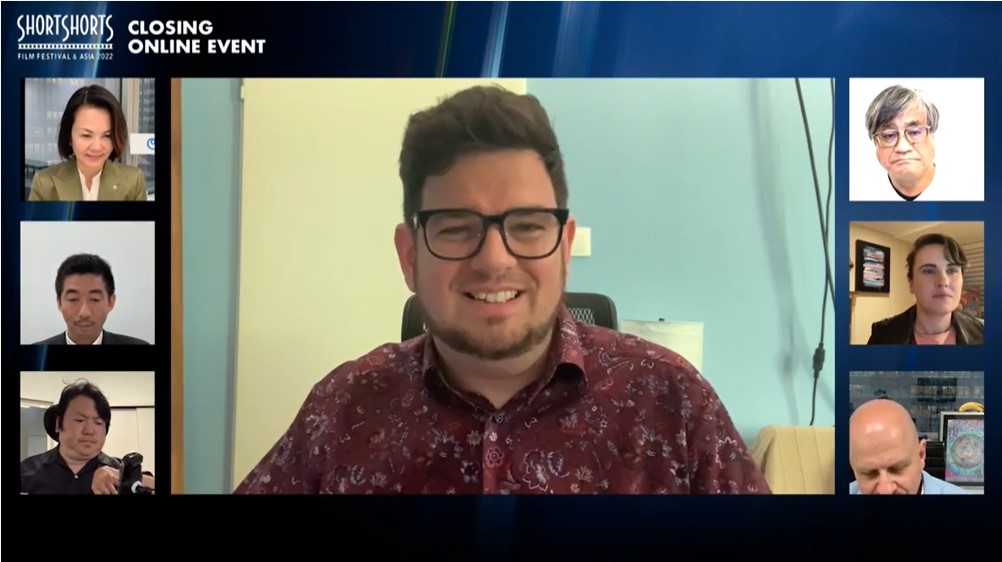 In the fourth part, we look back on the IOWN concept with infinite possibilities and Self-as-We as a new philosophy, and by using technology when we are based on the premise that “human beings are wonderful, life is wonderful”.

They discussed the pros and cons of using this technology.

Director Genevieve, who is also developing a project to make films about people with Down Syndrome, heard Mr. Kumagaya’s story and said, “Creators have made people with disabilities appear in the movie as a tool for inspiration. Don’t. You have to be careful. You should just draw as a human being, without expressing things like overcoming obstacles or confronting obstacles. ”

Mr. Kumagaya said that Genevieve’s comments were very encouraging, saying, “Stigma and stereotypes come from dividing them into category. I think the only way to break those categories is to carefully and deeply draw each person’s story and life. We often sympathize with each other.”

In addition, Director Deak said that the disparity between cities, which Mr. Fukatsu mentioned, was interesting, and that many media have described that successful people are active in the center of a city. Now that remote work is possible, discussions were held on whether these stereotypes may change. From the story of NTT’s research on communication of sight, hearing, taste, touch, smell, and telepathy.  Director Deak also said that he wants value ”sympathy” more than ever.

Director Genevieve also said that technology will create more opportunities in the future, but she said that people with disabilities should not be “changed”, and the challenge is how to maintain human originality and diversity.

Ms. Kudo closed the conference by saying that she wants to develop the natural relationship between technology and people.

« A creation with all creators in web3 Upcoming project NFT Global Cinema Market
Calling out for submissions from around the world for Short Shorts Film Festival & Asia 2023! »