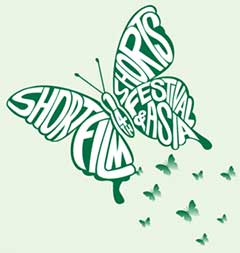 Expanding a horizon of the future filmmaking

Compare to feature films, short films are capable of depicting current world trends (either social or cultural or both) with strong messages, within a limited time of production. In 2012, the festival received 4543 submissions from 112 different countries and regions, and overall, the topics (or trends) included shorts with “politics”, “Roots” and “Social Media” on internet.

In the wake of “3/11, the Great Eastern Japan Earthquake and Tsunami,” the Japan Competition received more shorts about how Japanese lives have changed since the incident as well as shorts with hopeful messages of reconstruction of the country. We also received fairly shorter films with more entertainment quality than previous years. This year also marks our first initiatives on “online” festival events, including a trailer contest and shorts streamings “online.” As we come to an age of social network where everyone can participate and connect to the rest of the world, the festival will further plan to unfold the SNS activities next year, which will mark our 15th anniversary.

The festival in two cities here in Japan and abroad.

The festival was held once again in the same two locations as last year, Tokyo and Yokohama. In September from the 6th to the 14th, the festival will be held in Mexico City and marks the 7th year there. SSFF Malaysia will be held again in order to establish a strong foundation in Asia from September 8th through the 9th.

We received over 4,543 submissions from 112 countries around the world.

In 2012, the festival received over 4543 submissions from 112 countries around the world.

Collaborations with other Short Film Festivals

In the commemoration of the 40th anniversary of Japan and Qatar's diplomatic relations, we collaborate with Doha Film Institute and represented the special programs focusing on the Arab World.
We have continuously showcased the special selections from Kaohsiung Film Festival, and also from Asiana International Short Film Festival, known as the large short film festival in South Korea.

The new MOËT STAR AWARD has been established by the Short Shorts Film Festival & Asia with the support of champagne brand Moët & Chandon. The award is given to a filmmaker or actor that best embodies a pioneering attitude, a global perspective, sophisticated value creation, self-fulfilling strength, and a sharing spirit, five characteristics shared by both the festival and Moët & Chandon. Seven individuals were nominated for this award that both organizations felt best exemplified these ideals and would continue on to becoming a shining star to help lead the way for the future of the film industry. In addition to the award trophy designed by Yasumichi Morita, the award winner also received a trip to the Moët & Chandon Maison in France. To commemorate the establishment of this new award and the start of the film festival, an opening gala party was held on June 13 at Meiji Shrine.

Majority of films in the International Competition depicted very recent topics, such as 'Arab Springs', 'SNS'. Out of 3019 submitted shorts, 45 films were screened As the Celebrity Shorts, "Summer Breaks" and "I Love Sarah Jane", starring Mia Wasikowska were screened.

A number of short films that take place in rural setting as opposed to which set in big cities has increased in the Asia International Competition. Out of 720 submitted shorts, 16 films were screened.
"Healing" starring Chen Chang was Japan premiered as a special feature.

A variety of eco shorts came together to promote the "STOP! Global Warming". Out of 218 submitted shorts, 9 films were screened.
As a special feature, "Of Forest and Men" narrated by Edward Norton was presented.

A short film competition with the themes: "it' s great to travel" and / or "I want to travel to Japan". Out of 106 submitted shorts, 10 films were screened. Depicting the cultural landscape of Japan using live action and animation techniques, the audience enjoyed the allure of Japan. The special features were" KUMAMOTO will wait for you" featuring Kumamon,the PR mascot of Kumamoto prefecture, produced by Kundo Koyama of the Academy Award® winning feature film,"Departures"," UDON And so much more KAGAWA"produced by Kagawa prefecture, featuring popular actor Jun Kaname, and"Departure," which was filmed in locations around Tokyo, starring Korean actress Hyun-kyung Ryu, and was directed by Ik-june Yang of "Breathless", which has won more than 25 awards at world film festivals.

With this competition bringing together existing music videos that have a cinematic flair, and original short films inspired by artists' music, the films in this competition go beyond the normal definitions of film and music video.short films inspired by music Films by international artists such as the Korean nation’s " brother" Lee Seung Gi and former Oasis singer Noel Gallagher.

The festival’s CG program, begun last year, has expanded this year with the CG Competition. The newest CG films gaining attention and going for awards atinternational film festivals, of a high quality standard that easily meets that of Hollywood, have been gathered from around the world. As special features, short films voiced by the Academy Awards® winning actresses, Whoopi Goldberg and Helena Bonham Carter, were presented.

The special Canon events centered around the two part Canon Special Seminar. The film "Guinea Pig", shot on the CINEMA EOS SYSTEM ‘Canon EOS C300’ by comedian and director Hiroshi Shinagawa, was given a special screening in the A&J-A Program. For the first half of the event, director Isshin Inudo, whose films included domestic productions such as "Josee, the Tiger, and the Fish", led discussions about digital production and what it would contribute to onscreen visuals. The second half was led by director, Hidenobu Tanabe and cameraman, Yoshitaka Murakami. The two discussed how to best take advantage of the abilities of the Canon EOS C300.

presented by J.LEAGUE Celebrating the J.LEAGUE's 20th anniversary, special screenings of shorts centered around football showed the power of sports.

Program exploring the new wave from the Arab world.

Since 2010, the Arab Spring has been seen occurring throughout many areas, and in recent years social aspects of the Arab world are gaining atten tion. The year of 2012 was the 40thanniversary ofJapanandQatar’s diplomatic relations, so short films selected by Doha Film Institute, in addition to films expressing the diversity of Arab-Islamic culture were screened.

For the last two years, in November 2010 & 2011, the "Let's Travel! Project" program, created in partnership with the Japan Tourism Agency (Ministry of Land, Infrastructure, Transport, and Tourism), has been screened at the Asiana International Short Film Festival (AISFF) in Seoul, Korea, to show the appeal of travel in Japan. At the same time, with" travel" as the main theme, AISFF created the" Traveling Shorts in Korea" category. We once again held a special screening of the AISFF" Traveling Shorts in Korea" this year.

This year marked the second collaboration with Kaohsiung Film Festival, a partnership which has begun in October 2010. Based in the second largest city in Taiwan, Kaohsiung Film Festival screens mostly national and international feature films, but also features Taiwanese short films. This year in this program, we screen ed films with a "Fantasy" theme, made by young, up-and-coming filmmakers.

SSFF & ASIA 2012, an Academy Awards® accredited short film festival, screened short films including nominated and winning shorts from the 84th Academy Awards®. The line-up includes "The Shore" , winner of the Live Action Category, and "The Tsunami and the Cherry Blossom" which depicts life after the Great East Japan Earthquake and Tsunami.

A selection of French shorts from "Le Festival du Film Français au Japon" (06/21-24) was again shown only at Brillia Short Shorts Theater in Yokohama. A wide variety of shorts ranging from animations to comedies and dramas, made by the up-and-coming young French directors, have been prepared for one’s enjoyment.

A Special program of short films filmed in Nagoya by talented, young Japanese filmmakers was presented.

A special program containing three shorts that were produced and directed by student filmmakers at Tokyo Film Center School of Arts (FC TOKYO) was presented.

To commemorate the games held once every four years, a program focusing on films featuring sports was screened. Short films themed around official sports, such as swimming, tennis, and table tennis have been selected.

The festival continued its tradition of all-night screenings from midnight to 6am on the first weekend of the festival, featuring 3 programs each night.

Press waiting for the event to start. Three different awards were also presented at the Opening Event. The Spotlight Award was awarded to a Japanese comedian, Yuichi Kimura for his contributionwork that contributed to the spread and awareness of short film culture. The Special Mention Award was given to a popular Korean actor, Jang Keun-suk for his contributions to the visual media industry through short film. The last award, the Touristic Moving Image Award, was given to “UDON And so much more KAGAWA” and “KUMAMOTO will wait for you” for works that worked to promote tourism. In addition, announcements were made regarding the festival's tie-up with the J.LEAGUE, which is celebrating its 20th anniversary, with guests, Nobuhiro Takeda (Football Commentator/former Japan national fooball team player FW）, Kazumi Ohigashi (Chairman,Japan Professional Football League), and Satsuki Okawa who has been a appointed filmmaker for the project.

The Award ceremony took place on June 24th with 1,500 spectators in attendance. There were 11 popular and well-known jurists with various special guests.
The recipient of the festival's top award, the Grand Prix, is Atsuko Hirayanagi for her film Mō ikkai. Hirayanagi becomes the first female director from Japan to win the Grand Prix in the festival's 14 year history.

40 shorts from around the world were selected to stream for free from April 27th as part of the Nestlé Amuse Short Shorts Film Festival, a special campaign organized by the festival and Nestlé Japan. 25,501 votes were submitted by viewers between April 27th and June 15th, helping determine the winner of the Nestlé Award.

Participating directors made trailers of their films available through the Google+ Trailer Contest. Viewers could join participating directors inside the Google+ circle and give a +1 to the trailers they liked. The Committee for Short Shorts awarded a prize to the trailer of "ROSA" directed by Jesús Orellana, which have got the most comments and views.

In order for more people to become interested in and know the fun of short films, with a support from the Tokyo Metropolitan Government, a program focusing on award-winning films from various countries were screened as part of a special pre-festival screening.