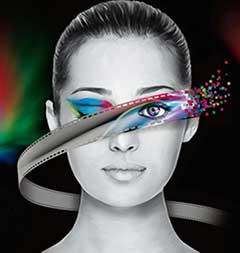 This year Short Shorts Film Festival & Asia (SSFF & ASIA), a qualifying film festival for the annual Academy Awards® and one of Asia’s largest international short film festivals, will be held from May 30th through June 15th over two venues in Tokyo and one in Yokohama. Nearly 4,000 films from over 110 different countries and regions around the world were in the running, with the cream of the crop -- some 200 titles -- being selected to screen at the festival.

The Laforet Harajuku Museum venue saw four times the usual number of attendees on this special day last year, opening up to long lines of eager moviegoers waiting at the door. This year, amidst Japan’s consumption tax hikes in April, the festival is doing its part to give something back. Festival President Tetsuya Bessho has proposed the idea of "bringing entertainment closer to the people:" all films on the program (with the exception of some special programs) will screen for free for the duration of the festival. 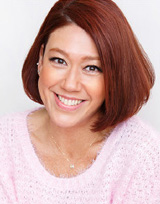 Popular film commentator LiLiCo has been appointed as the Festival Ambassador. She appeared at the Opening Ceremony and other event throughout the festival, energizing the crowd and getting audiences in a convivial mood.

The festival in three cities here in Japan and abroad.

Once again the festival took place throughout the cities of Tokyo and Yokohama, continuing in the vein of the 2013 Japan event. Thereafter, SSFF & ASIA IN OSAKA 2014 was held at Osaka’s Knowledge Capital over a four-day period. For the International Tour, this year was the ninth festival to be held in Mexico City, taking place from September 4 - 9, whilst the fifth consecutive Malaysia event, set up in 2014 to promote film in Asian regions, was held in November.

We received over 4660 submissions from 114 countries around the world./ Start accepting online submission

Scenarios set in Tokyo Skytree were solicited from the general public. Out of the 517 submissions received from across the country, one scenario was selected to be produced as the short film "In the Tree House" by Short Shorts Film Festival & Asia. The director Tsuyoshi Nakakuki, who has worked on music videos for the likes of Shonan no kaze, created a heartwarming film. On May 22nd, a press conference was held to announce the completion of "In the Tree House."

Tokyo Short Film Project, created to celebrate the 10th anniversary of the collaboration between Tokyo Metropolitan Government and SSFF & ASIA,produced short films that make audiences all over the world think, "I want to go to Tokyo!" Three Best Short award winners from previous festivals were chosen to travel from around the globe to direct films depicting the attraction of Tokyo, each from their individual viewpoint. On May 23rd the festival made a courtesy visit to Yoichi Masuzoe (Governor of Tokyo) to report the completion of the Tokyo Short Film Project films. Screenings of these three films were held at the festival, as was a talk event.

With high quality animation shorts especially from Poland and France, more and more animated works have been submitted to International Competition. This year, 37 shorts out of 3297 from 17 countries and regions were selected.

Human dramas from China and South East Asia play a huge part in the Asia International Competition this year, and 17 shorts out of 635 from 9 countries and regions were selected.

Most of the entries are fairly long at around 20 to 25 minutes, with short films under 10 minutes, primarily animation and experimental pieces, taking a back seat. 14 shorts out of 332 were selected.

Short films to strong messages in regard to environment were gathered from all over the world, and 8 shorts out of 117, including animations and drama pieces, were selected.

Besides the impressive technology, these are all films with excellent stories and a powerful entertainment factor. 22 shorts out of 227 from 31 countries and regions were selected.

Film Director Ryuhei Kitamura drew from his extensive experience as a filmmaker to lead a discussion geared towards aspiring visual creators and filmmakers representing the future of the filmmaking and visual image industry. He talked about his experience studying in Australia as a teenager, his Hollywood productions, as well as his new film " LUPIN THE THIRD."

2014 marked the 150th anniversary of diplomatic relations between Japan and Switzerland. With support from SWISS FILMS, 7 excellent Swiss shorts were presented. The director of "Palim Palim" and the assistant director of "LOTHAR" came to the screening.

In 2014 the world’s biggest football event, held once every four years, took place in Brazil. Six short films from around the world embodying the spirit of football are introduced in this program.

Since 2010, SSFF & ASIA has continued to strengthen its connections with Kaohsiung Film Festival. 5 attractive and powerful Taiwanese short films were introduced as part of this collaboration, now in its fourth year. For the screening, the director and the actress of "The Great Escape From Café City" were in appearance.

To discover and nurture new creative talents and to promote the unknown attractions of Nagoya throughout Japan, 3 short films shot in Nagoya were presented.

The event, including a screening of 7 finalist films selected for the 3rd Visual Tourism Award and performances by local mascots, was held in collaboration with "Tabimoja," a video-sharing tourism website. Local souvenirs and foods were served and handed out to attendees.

Celebrating the 10th anniversary of the collaboration between Tokyo Metropolitan Government and the festival, Tokyo Short Film Project produced three short films and held a screening and talk event.

This year’s line-up, awards and projects were announced at the Opening Ceremony. In previous years the event has been closed to the public and held exclusively for press, but this year the ceremony was held as the festival event and a large number of audience members attended the event. To conclude the ceremony, Takumi Saitoh and OhashiTrio held a talk session about their participation in the UULA X ShortShorts Special Production Project, and LiLiCo gave a live performance.

Project between SSFF & ASIA and the Ministry of Agriculture, Forestry and Fisheries

Together with the Ministry of Agriculture, Forestry and Fisheries, SSFF & ASIA announced the online "Food & Agri program" to promote Japanese food and its culture through short films on the official festival website(May 29th to June 30th).

The UULA x ShortShorts Special Production Project six short films, which are inspired by music, were announced. Directors, actors and actresses from each film made an appearace. See Page 13 for film details.

"half & half" (UULA×ShortShorts Special production Project) inspired by OhashiTrio’s song ʻHONEY’, was screened alongside the talk session with OhashiTrio and the director Takumi Saitoh. See Page 13 for film details.

The ceremony was closed with the live performance by LiLiCo who has been appointed as the Festival Ambassador this year. LiLiCo gave a live performance with the festival theme ʻStyle of Cinema’ along with the guitarist Tomoyoshi Watanabe.

Save the Earth! Competition Jury