SHORTSHORTS is a comprehensive short film brand. It’s film festival, “Short Shorts Film Festival & Asia” (SSFF & ASIA) held since 1999, is accredited by the Academy Awards® and is one of the largest international short film festival in Asia. SHORTSHORTS leads the film culture through various means such as its screening events, film distribution, production and collaboration work with companies and administrative offices.

The arrival of the new 5G era allows communication with greater data capacity. This means that people are able to enjoy high-quality video content and movies on their mobile devises such as smartphones. On the other hand, realistic film experiences, beyond the idea of a cinema, is increasingly emphasised. While supporting young creators through various activities and events, SHORTSHORTS broadens the field of short films.

"Short Shorts Film Festival & Asia" (SSFF & ASIA) is a film festival held at the Harajuku/Omotesando area in Tokyo, in June every year since its first festival in 1999. It is one of the largest international short film festival in Asia, and every year more than 10,000 works are gathered from all over the world. Led by its official competition (Japan division, Asia International division, international division), the festival consists of various divisions and programs with diverse genres - from “environment," to "tourism," "CG animation," "non-fiction" and more. In addition, the winner of the Grand Prix award is eligible to be nominated in the short film category of the Academy Awards® the following year. In celebration of its 20th anniversary in 2018, the festival Grand Prix was named the "George Lucas Award" in honour of the great director George Lucas. 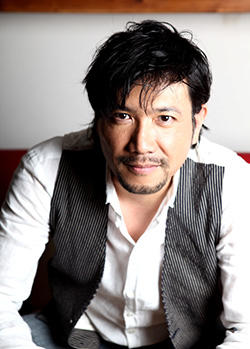 On June 4th 1999, our film festival came to life at the streetscapes of Shibuya, Harajuku and Omotesando. Five years later, the “Asian International Division” was invented and it became a film festival accredited by the Academy Awards® offering a bridge between Japan and the world. And, with the cooperation of all those who love the festival, it became a platform to gather future filmmakers.

In addition to the film festival held in June every year, we are continually working on promoting short films and movie culture through various projects. For example, in the “Branded Shorts” project launched in 2016, we brought together a company with promotional and branding challenges, and short film producers to create a new short film production model. Additionally, the online cinema “Brillia SHORTSHORTS THEATER ONLINE” that started in 2018 made it possible to access worldwide short films at any time, from anywhere.

Our goal is not limited to holding film festivals. We strive to cultivate short film culture in Japan. We aspire to expand the possibilities of short film through collaborations with others. In the new era beyond our 20th anniversary, we will keep tackling new film works.