On Sunday, June 9th, 2019, in Omotesando, Tokyo, as a part of the “Omotesando Hills Space O,” the “Creator’s Seminar” was held, a seminar aimed towards creators in which “Linda, Linda, Linda” director Nobuhiro Yamashita spoke.
This seminar, supported by the Tokyo Metropolitan Government, is held in June every year at SSFF & ASIA and the autumn screening. In the past, we have invited notable directors such as Naomi Kawase and Kiyoshi Kurosawa, who have spoken out on their portfolios and film criticisms.
The guest that we invited this time is Nobuhiro Yamashita, director of works such as “Linda, Linda, Linda” (2005), “My Back Page” (2011), and “Moratorium Tamako.”（2013） He reflected back on his film career while also presenting several short films. 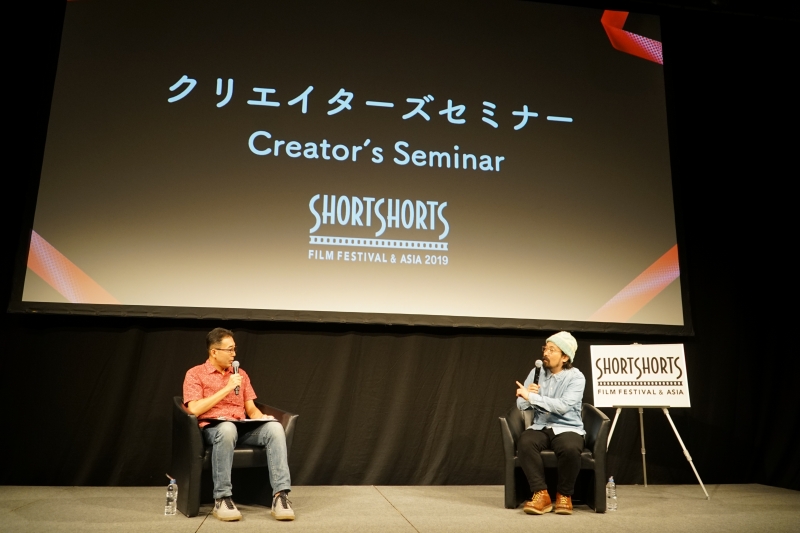 After the talk, Director Yamashita responded to questions from the crowd. One person asked, “How do you go about the work of organizing your images?” He responds, “I don’t take any notes at all.”
“I’m the type of director that doesn’t write down any scenarios. There was a screenwriter named Mukai right next to me. I can’t do anything by myself, so I aim for movies that everyone is involved in making, even if it’s difficult. Instead of concentrating ideas in my own mind, I bounce them off of others, and if they respond with “I like it,” I’ll go on with the idea. So, I think it’s important to look for people that will bring me ideas,” he says.

One person asked, “In a director’s work, there are often ‘Lazy people’ that appear. Why do directors often look upon these people so warmly?” In response to this, he says “It’s feel that it’s boring to watch people who are really successful in life. Even when you’re young, in school, there is usually a group of people that is seen as cool. But I’ve always been interested in the people sitting in the corner of the classroom. I think it’s because of habits like these.” 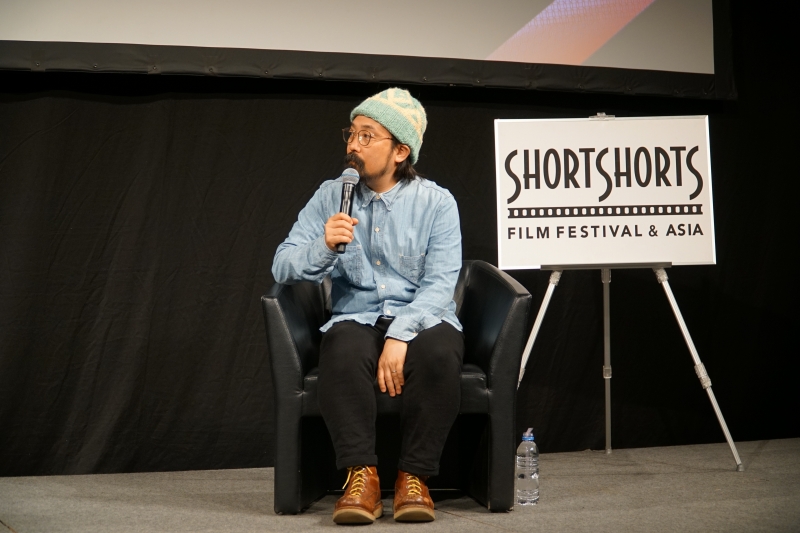 Lastly, when asked for “advice for people seeking to be creators,” director Yamashita gave the following yell. “Making movies is just a serious form of play. That’s what’s at my roots. It’s good to always have that feeling. Without that feeling, it’s impossible to do your very best. I want you not to forget the fun you have.”

SSFF & ASIA concludes with the award ceremony on the 16th. At film festivals, we will continue to work to cheer on young creators.