The information about SSFF & ASIA 2019 "Screening in Autumn" has released.

The 21st Short Shorts Film Festival & Asia (SSFF & ASIA), a qualifying film festival for the annual Academy Awards® and one of Asia’s largest international short film festivals, will hold its “Screening in Autumn” event (co-organized by the Tokyo Metropolitan Government) in association with the 32nd edition of the Tokyo International Film Festival. The event will be held at the Tokyo Photographic Art Museum from October 17th (Thu) to the 20th (Sun). 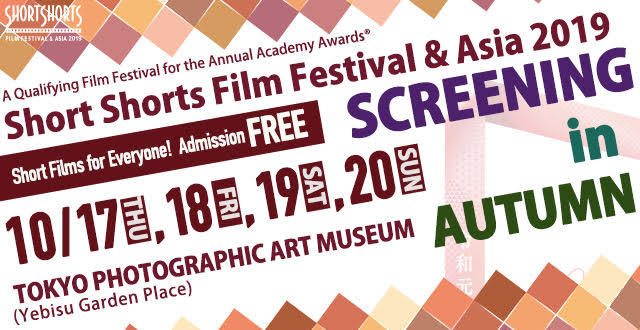 About 30 short films will be screened at this annual event aimed at spreading the world of short film and supporting up-and-coming filmmakers. The lineup includes SSFF & ASIA 2019’s George Lucas Award (Grand Prix) winner “Down There”, the Japan Premiere of “A Stone Appears” starring Bill Skarsgård (“It Chapter Two”),  and  “Clover “, which marks the directorial debut of Masaki Suda, one of the most emerging actors in Japan. 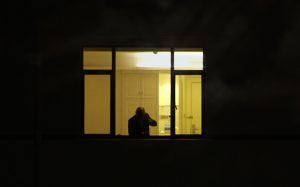 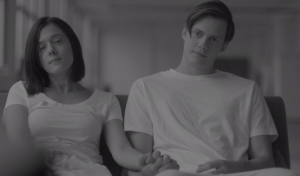 The lineup includes some special programs featuring talented young actors and actresses, remarkable animation creators from around the world, brilliant female filmmakers and actresses at the forefront of short film, and Branded Shorts. Yurina Yanagi and Haruka Imou, muses of the next generation, will make appearances at the screenings.

You can enjoy a selection of these in each of the free 90-minute programs with English subtitles. Other various events will be hosted, including a seminar for creators held on October 19th (Sat), led by film director Ryusuke Hamaguchi, known for the Cannes nominated “Asako I & Ⅱ″. The Branded Shorts program, focusing on branding movies of companies, will also be screened, and a talk event with professionals in the ad-industry will be held. 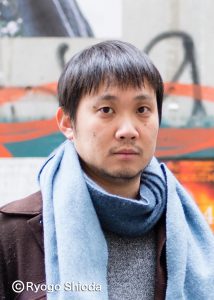 ① 2 Special Screenings: “Clover”, the directorial debut of
Masaki Suda, one of the most outstanding J-actors and the Japan
premiere of “A Stone Appears” starring Bill Skarsgård

② Up and Coming Actors & Actresses: Guest appearances by
Yurina Yanagi*（”Tokyo Adios”) and Haruka Imou* (”Sayounara”),
who are muses of the next generation, and shorts featuring
Jharrel Jerome (Academy Award-winning “Moonlight”) and
Steven Yeun (“The Walking Dead”)

③ Focus on Social Issues Around the World: Topics on the
environment, race, religion, family, and sustainable development
goals. Short films that bring up questions about today’s society. 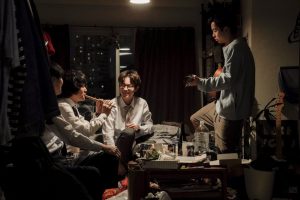