We welcomed 3 filmmakers for the 3 programs on the 2nd day of the screening today.

For the “Award Winning Shorts Program 2 -Focus on Animators Worldwide”, Masanao Kawajiri, the director of “A Japanese Boy Who Draws” who won the Audience Award of Japan competition made an appearance.
He explained that the story was depicted based on his experience as an animator of TV program. He also mentioned that he wanted to focus on people who are often overlooked by showing the protagonist who failed to draw commercial manga and art by mentally disabled friend. 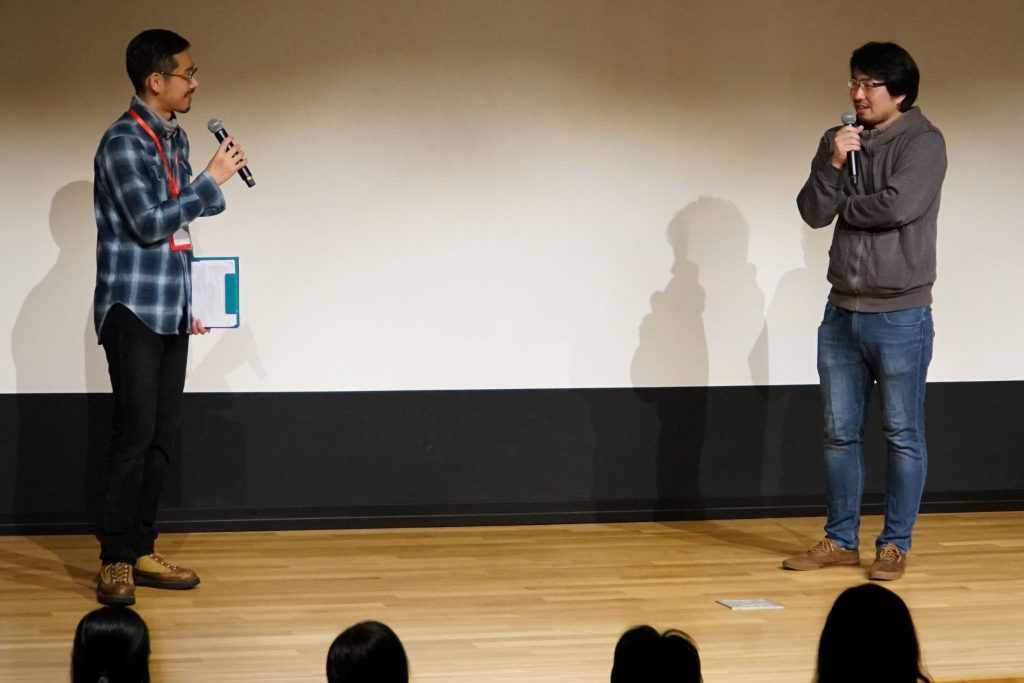 For the “Award Winning Shorts Program 4 -Focus on Social Challenges Around the World”, Daisuke Kamijo, director of “No one but I know” which won the best actor award of Japan Competition made an appearance. He explained that this short film project was firstly required to depict an actor, Tensho Nogami who played the main character, very attractive. The film shooting was done at his real home in Fukuoka and thanks to his neighbors’ much cooperation, Tensho Nogami won the actor award. 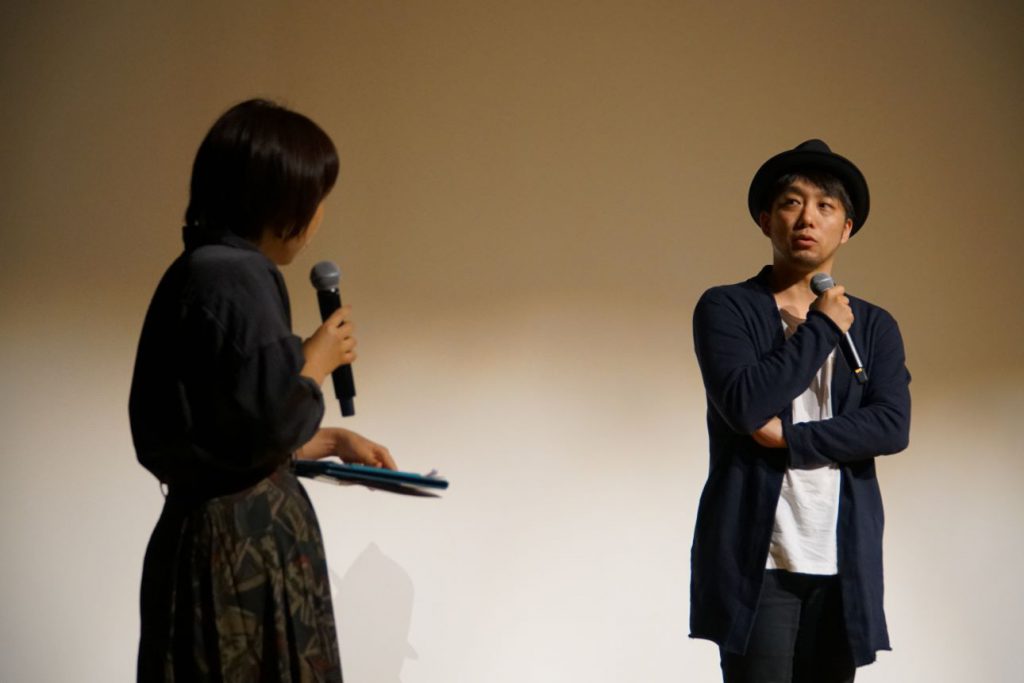 Kimi Yawata, director of “Beard and Raincoat” made an appearance for the “Award Winning Shorts Program 3 -Focus on Female Filmmakers and Actors”.
She explained that this short film was based on the real case of raincoat theft. 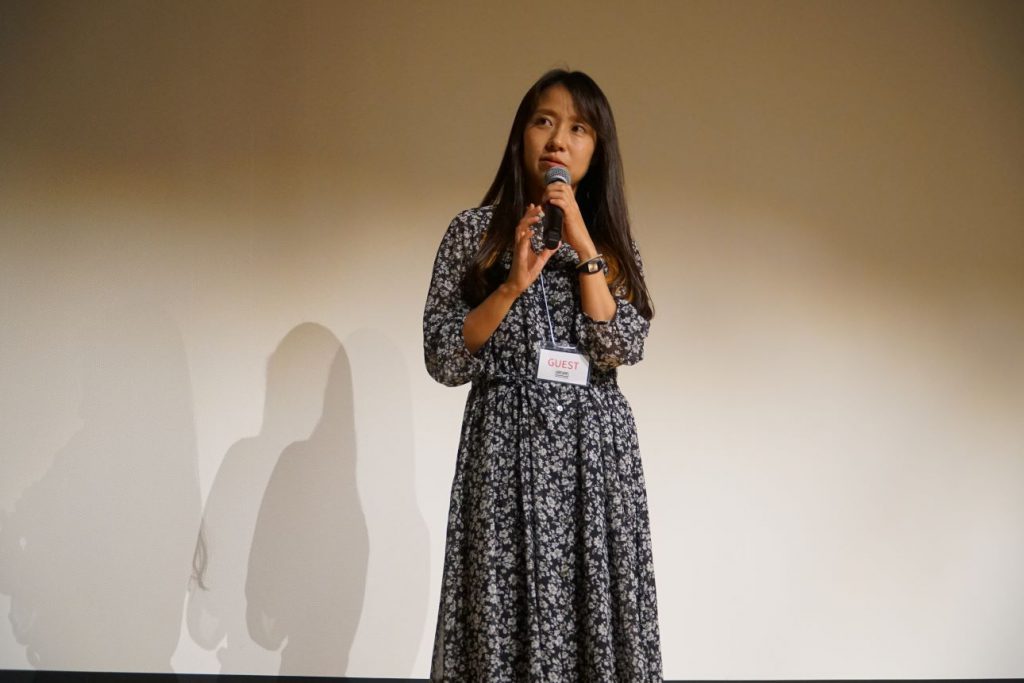 Haruka Imou who played the heroine won the actress award of Japan competition for this film and the director praised her acting skill as “she didn’t ask me any explanation but she tried thinking by herself and catching her own character”.  Haruka Imou will be appeared for the same program tomorrow, which starts from 7:00pm. Please come and see her!